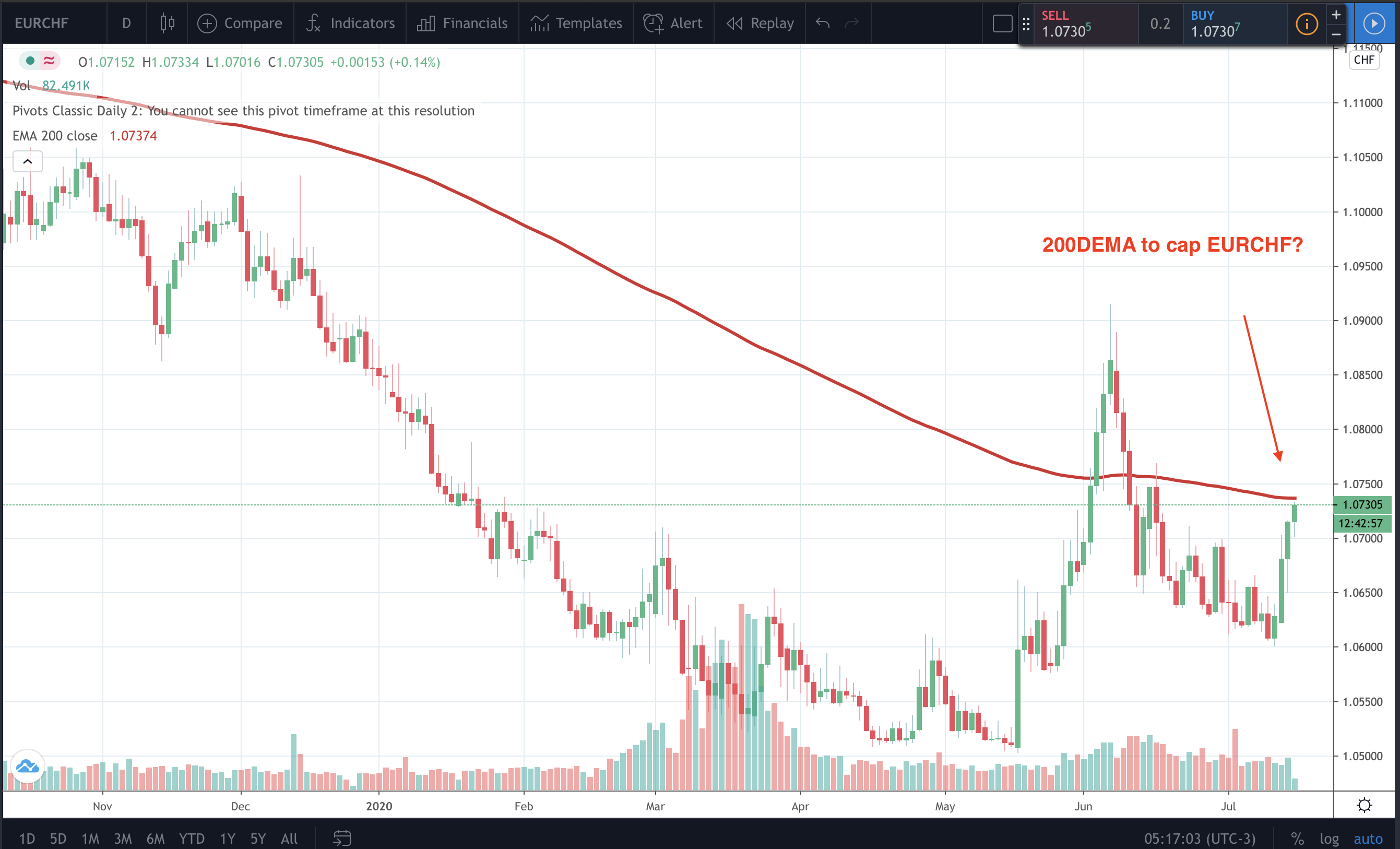 EURCHF has gained recently on two factors. Firstly, the improving risk tone. Secondly, on the hopes of the €750billion recovery fund being agreed over the weekend. This has led to the EURCHF pair rising above 1.0700 handle and now heading testing the 200DEMA marked on the chart above.

Risk for the euro is coming up later today and over the weekend. See a recent post on that risk here. So, if the economic recovery fund is rejected over the weekend then the 200DEMA offers an excellent place to limit risk for sellers. If there is any early news of the frugal four/five rejecting the deal that offers sellers the chance to sell EURCHF at market. It is around a 50/50 chance on whether the fund is agreed over the weekend. Less surprises are expected from the ECB rate meeting today, but it always pays to be prepared for any surprises. A surprise interest rate cut would also offer a great place to sell EURCHF at market.

The SNB will intervene in the EURCHF

Earlier this week Thomas Jordan of the SNB repeated his willingness to intervene in the EURCHF pair by weakening the Franc. Remember that the Swiss export economy is hindered by a strong CHF, so the SNB have been intervening in the currency markets in order to weaken the CHF through the purchase of Euros and Dollars. This is one of the reasons that the US has labelled the Swiss as ‘currency manipulators’. The US treasury cited the nations’s high current account surplus and bilateral trade balance as evidence of its manipulation.

Despite attempts to weaken the CHF over the years including huge levels of intervention, trying to peg the 1.200 handle, and having the world’s lowest interest rates at -0.75% the success has been limited. As you can see from the chart below the SNB face an uphill struggle in trying to weaken the CHF. So, the 200DEmA is a key hurdle for the EURCHF to overcome and could provide a great place for sellers to have their stops defined and limited. 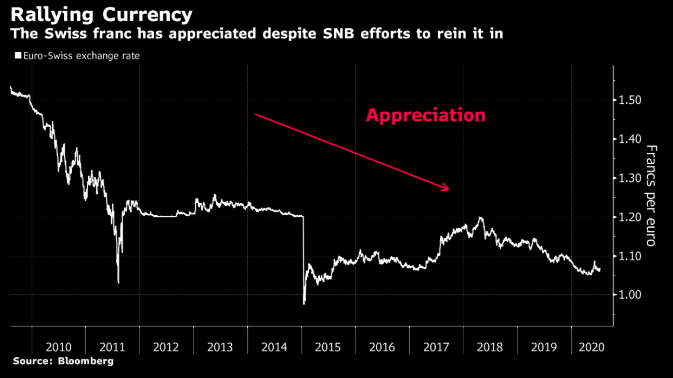 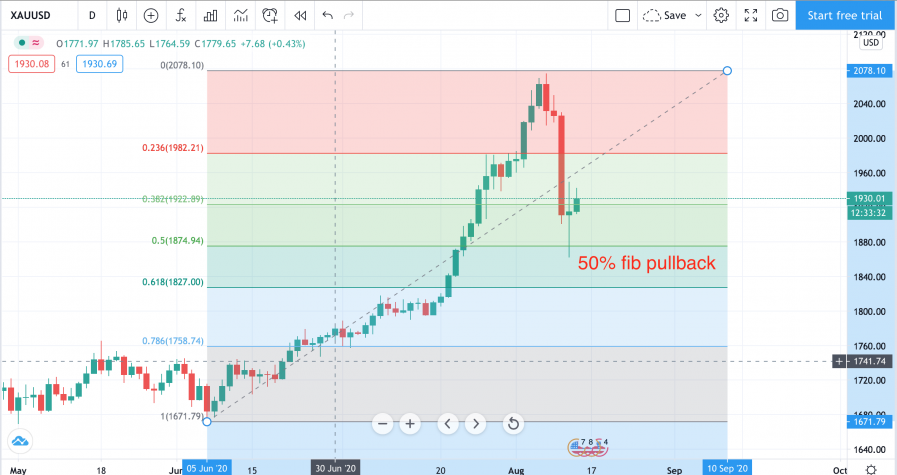 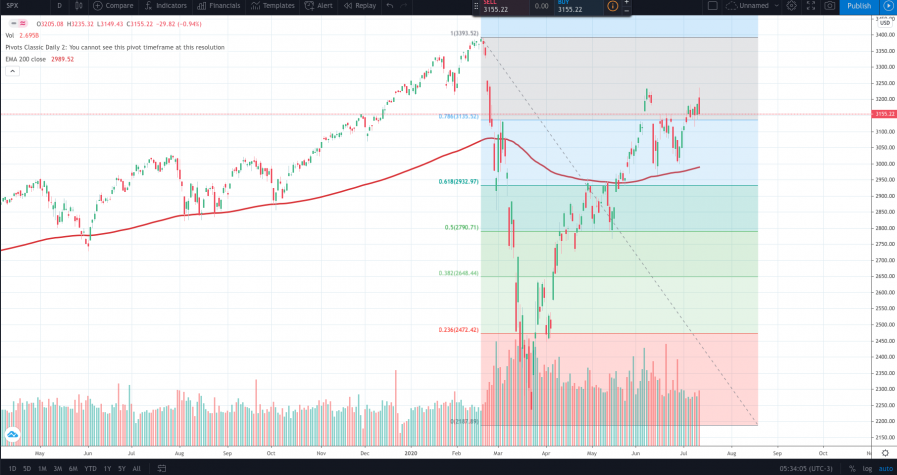 Why consumers need a vaccine 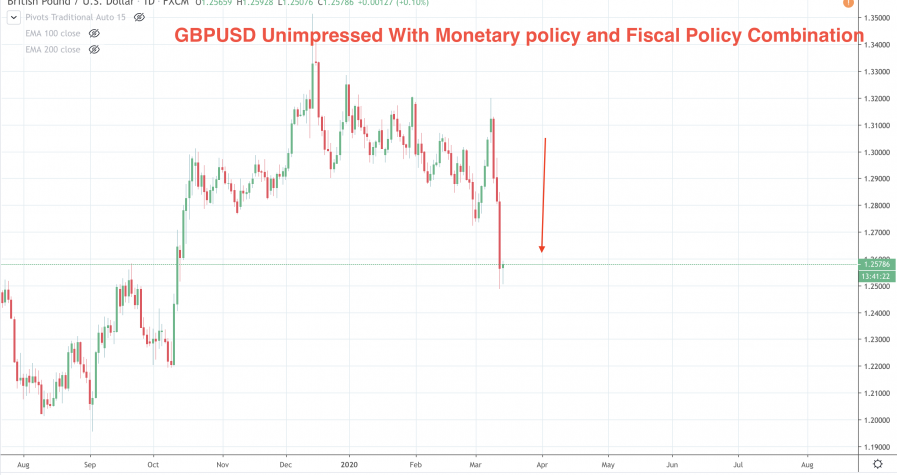