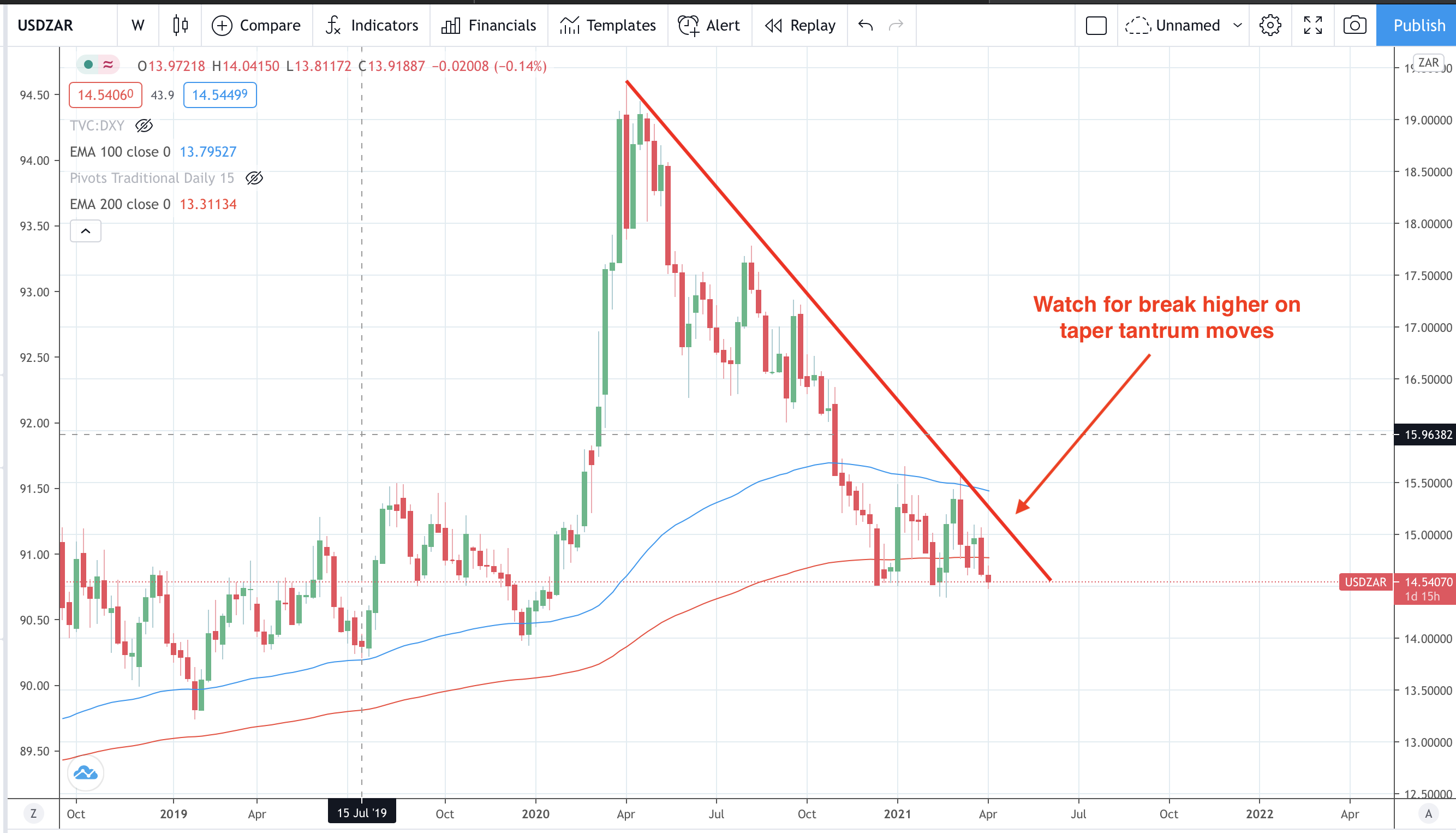 The team over at ING have put together a helpful piece on what they expect assets to do when the Fed start tapering bonds. For the uninitiated tapering of bonds simply means when the Fed makes fewer bond purchases.

A key part of ING’s piece is looking back to 2013 when the so-called ‘taper tantrum’ occurred after the Fed started discussing the reduction of its US Treasury debt purchases. The takeaway that stands out is that gold was the big loser with a fall of nearly 20% between May 01 and September 05 closely followed by EM currencies.

Size of the tantrum

ING’s base case is to see US 10 year yields at 1.75% for the year-end. They recognise the risk that 1.75% could be reached in the middle of this year.

The obvious application is that commodities will come under pressure in a taper tantrum repeat. Gold will be the obvious loser, but other commodities are expected to fall. However, oil has separate drivers alongside OPEC+ etc, so bear that in mind.

In 2013 the so-called ‘fragile five’ (Brazil, Indonesia, India, Turkey and S.Africa) saw a rough 18% decline against a strengthening dollar. ING see the most vulnerable as the ZAR due to its strong gains in 2021. They also see CNY, TWQD and KRW as vulnerable in a taper tantrum scenario. Finally, ING sees EURUSD gaining as a 2H global expansion would favour cyclical currencies like the EUR. Also worth thinking about AUD and NZD strength too.