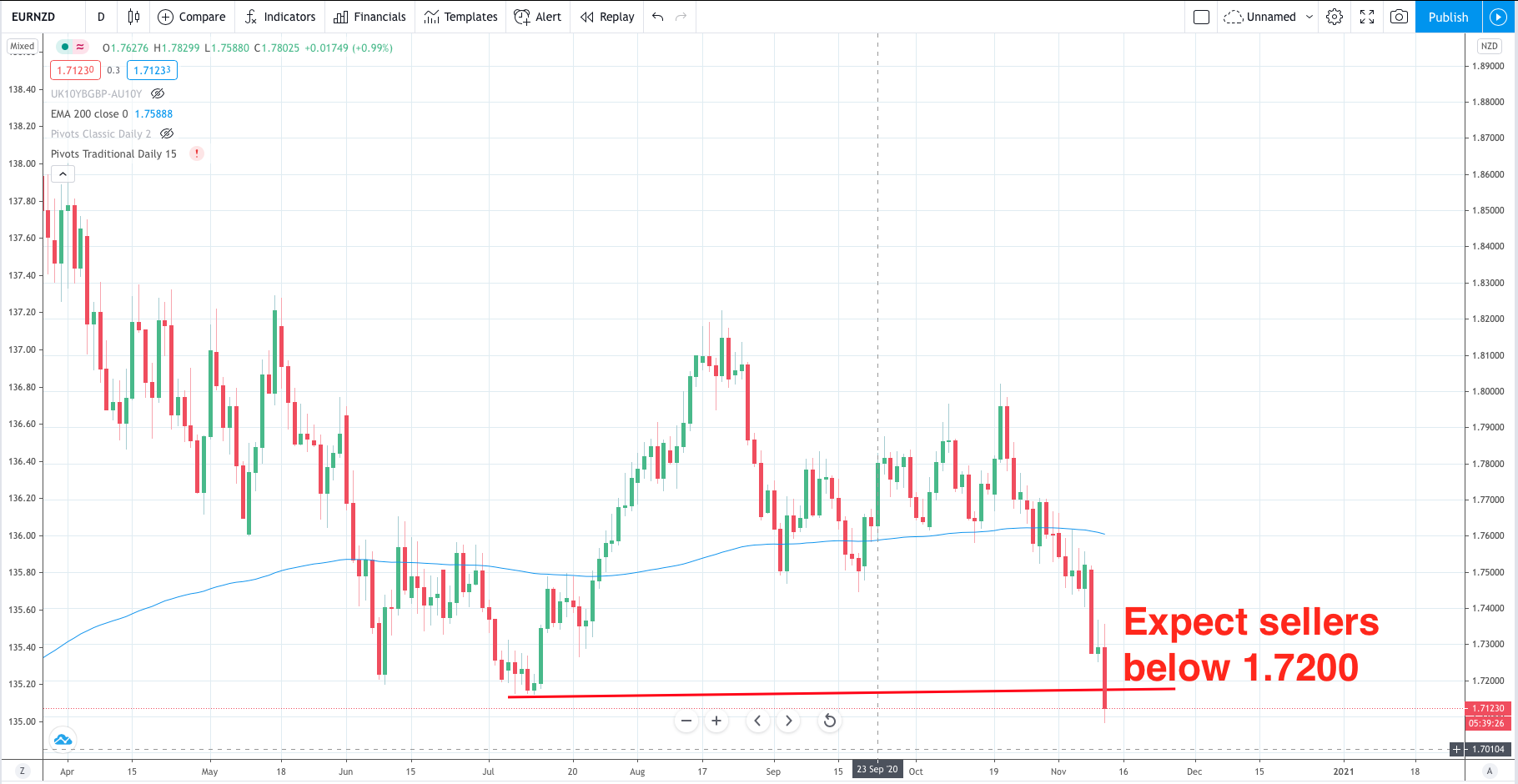 The RBNZ kept the asset purchase programme maintained at $NZD100 billion and introduced the new Funding for Lending Programme as planned. Furthermore, the RBNZ maintained projections that the Official Cash Rate would remain at 0.25% until March 2021. At first glance, all appears to be as expected. However, the detail shows revisions for inflation and employment. Inflation is now expected to rise to 0.9% in Dec 2021 vs the previous forecast of 0.3%. Employment was projected to still weaken further in the near term, but then pick up into next year.

Most committee members agreed that the risks to their baseline scenarios were less skewed to the downside than they had appeared earlier in the year. This is hardly surprising with the positive vaccine news this week that the RBNZ is feeling more upbeat.

The market buys NZD on the statement, why?

However, it is not just a more optimistic outlook that caused the market to buy NZD. It is also the fact that the last RBNZ meeting was really designed to launch the Funding for Lending Programme. The whole principle of these programmes is that if rates do go negative banks can easily pass those savings onto customers. Here is an extract from the RBNZ’s statement:

Members noted that the effectiveness of an FLP would depend on financial institutions passing on declines in their funding costs to borrowers, and agreed to monitor pass-through to lending rates closely. Members agreed with the staff assessment that an FLP would be an effective way to provide additional monetary stimulus and that it was the best tool to deploy at this time given the Committee’s principles for alternative monetary policy instruments.

So, the RBNZ has needed to keep up some sense of why this is an important move at the meeting. In theory, they can still cut rates to negative and have deliberately kept that option open. However, the message given by Governor Orr speaks clearly as he resisted the calls to cut rates earlier in that the rate is to remain at 0.25% until March 2021. There were no earlier calls for negative interest rates before then. The investment banks ANZ reduced their calls and see a cut to 0.10% in May and -0.25% in Aug 2021. ASN no longer expects negative interest rates and that seems the most likely route now.

Therefore, with this shift in policy, a swing trade on EURNZD short could be excellent as the ECB prepare a new wave of support for a COVID-19 impacted continent. Expect sellers on pullbacks in the medium term as long as Europe’s situation looks challenging with rising virus cases, deflationary issues, and an impending slowing economy. See full statement here. 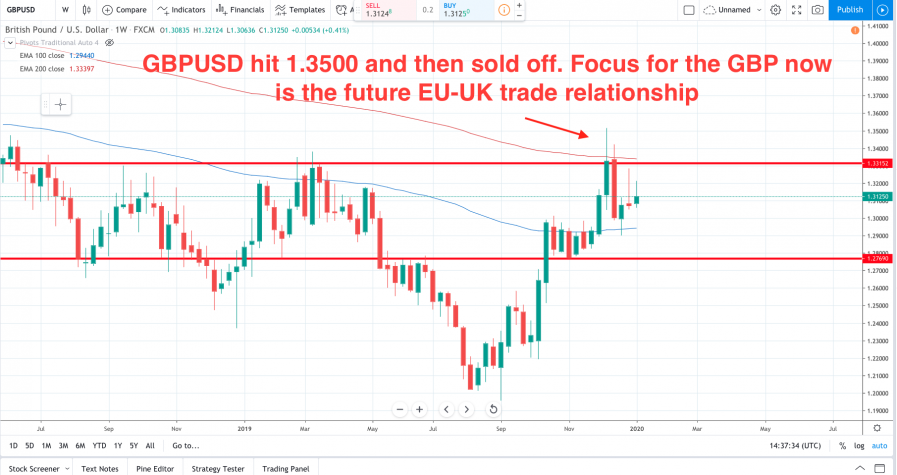 Where now for the GBP? 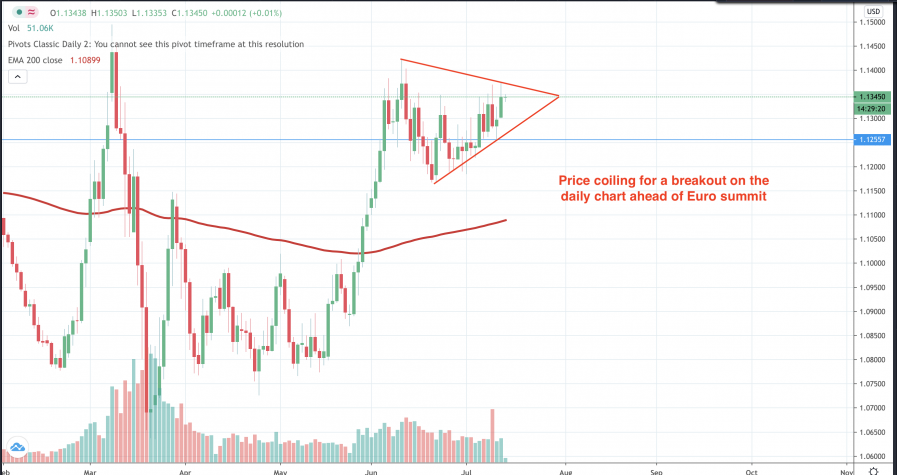 NZDUSD: ANZ Bank now forecasts the RBNZ to raise their interest rate to 3.0% by April 2023.
Nasdaq: Will the Nasdaq correct lower down into major support at 14500?
Gold: If US 10 year yields can move lower again with the USD then gold may find strong buyers.
Oil: UBS expects oil demand to reach a new high and for Brent to trade $80-90 for now.
Copper: Will China’s Covid lockdowns lead to a pull back in Copper prices?
BTC: Bitcoin moves sideways as global stocks slide on surging yields. Can $40,000 hold prices?