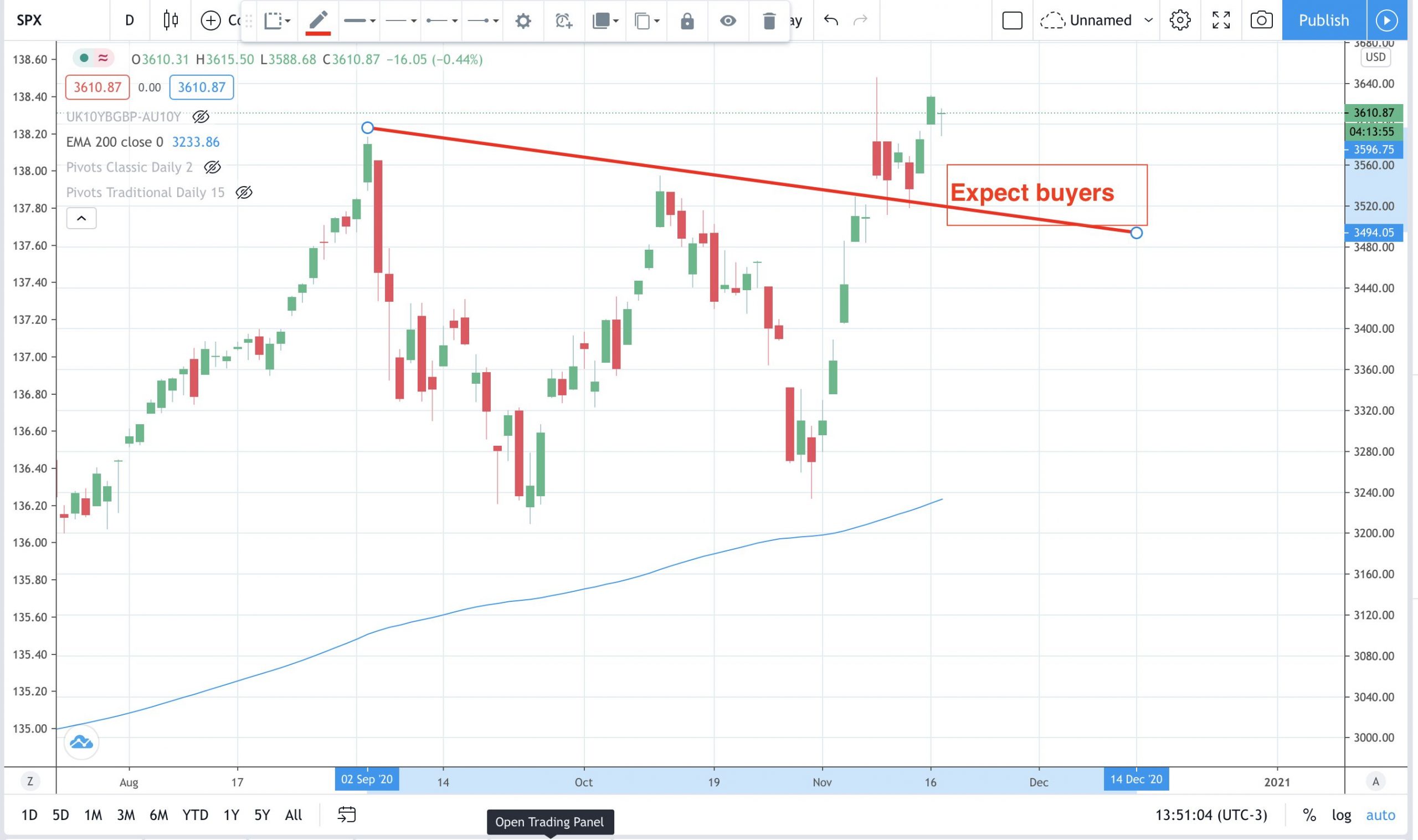 Seasonal patterns can be great trades. There are certain times of the year when financial instruments have certain pressures on them which result in their prices consistently moving in one direction. For example, the S&P 500 has had a very good end to November over the last 10 years. In fact, in the last decade, the S&P 500 has gained eight times out of the last ten times. Here is a look at that information in a little more detail:

The highs and lows

In addition to the success rate of over 80%, the maximum drawdown for a long trade taken during this period marked on the chart below has been -2.88% and that was in 2011. The maximum increase during the period was +5.30%, and that was during the year 2018.

The average profit for trades taken at this time, if you had bought every time, was +1.89%. This means that with a US stimulus package still to come from the US, any pullbacks down to key support on the S&P 500 could be a great time to potentially make a profit from this seasonal pattern. Looking at the charts at the 3400 region is an ideal place to expect buyers from. It is a large round number in confluence with an ascending long-term trendline marked on the chart at the top. The date that the pattern has been noted is from the 21 of November, which is a Saturday. So, potentially that would mean an entry would need to be on Friday of this week, or a drop down into support may present an early entry.

With tech stocks rallying higher on expectations of a US recovery is Apple a great buy? 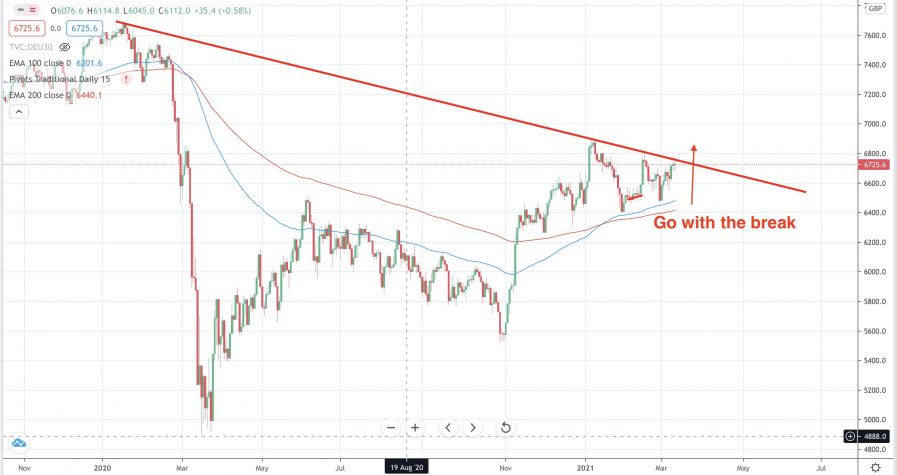 Have you heard about the TINA effect? 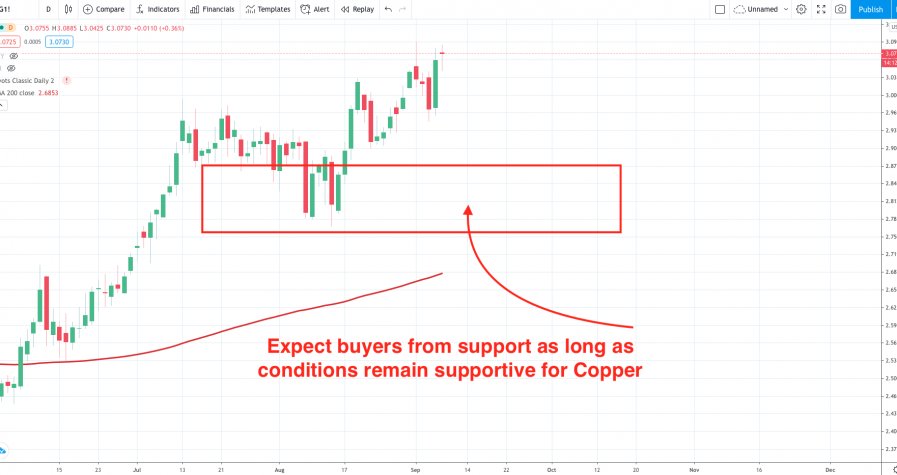 Is Copper set to gain over the medium term?