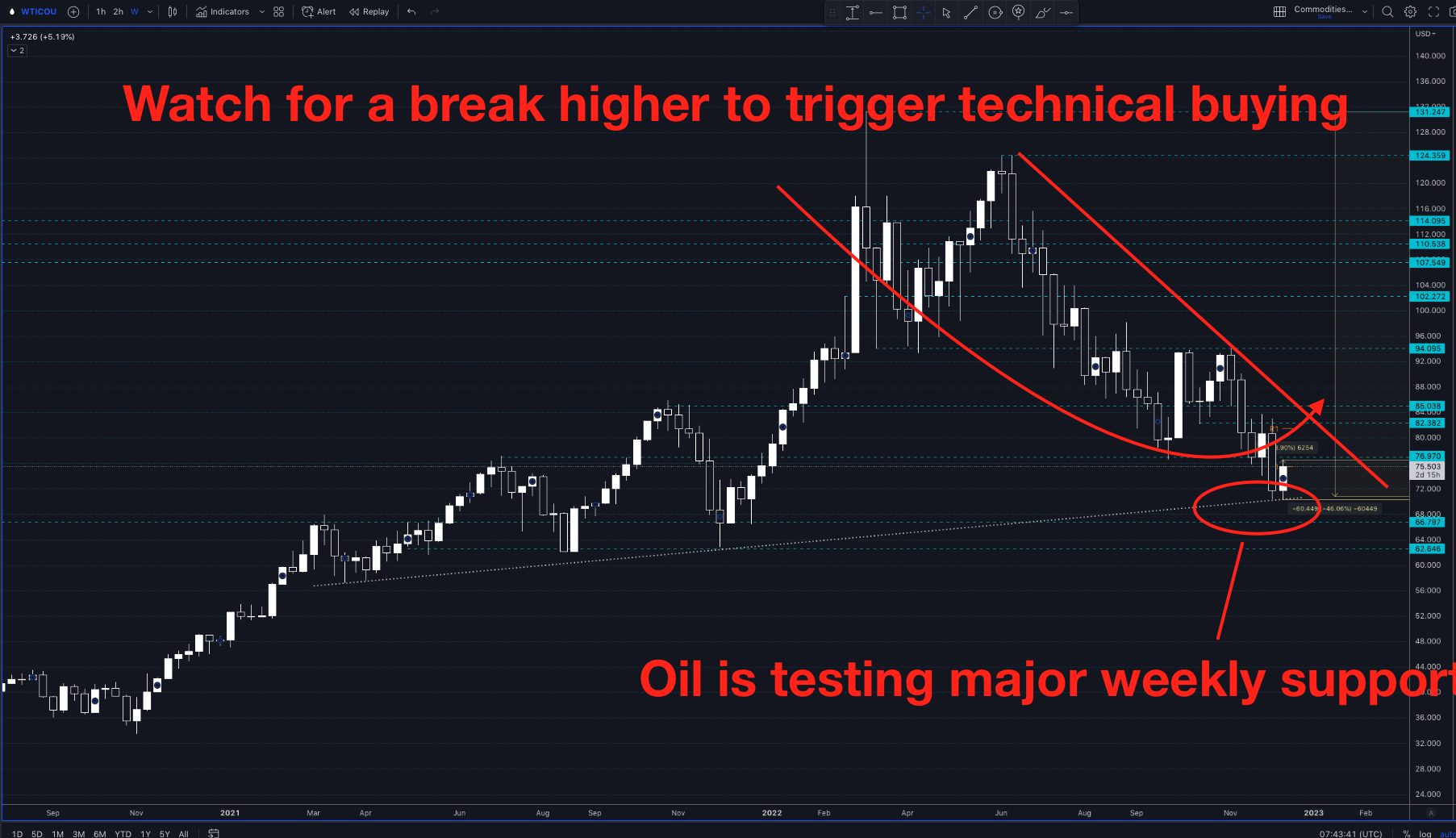 The longer term picture for oil looks strong. Many analysts point to a larger lack of investment in oil research and development which means the supply ultimately is not there should demand pick up. This is positive for oil prices longer term. However, in the short term global demand is driving prices, and expectations for many major economies slowing in 2023 have been a pressure.

OPEC is looking at the market for 2023 as being ‘finely balanced’. China’s wrestling with COVID measures turnaround, tight US monetary policy, and recessions for major countries looming have all led OPEC to project crude demand to fall by an extra 380.000 barrels a day than previously expected.

OPEC currently has a 2 million barrel per day supply cut, but according to Reuters sources on December 2, another supply cut is not completely off the table. That is due to the demand part of the picture looking uncertain. OPEC has estimated that members will need to provide 28.93 million barrels of oil per day in Q1 2023 which is up from the 28.83 million OPEC members pumped in November this year.

So, the longer-term picture for oil is expected to remain bullish, but the timing of where and when to enter is very difficult. This is summed up by OPEC’s research monthly report that, ‘the year 2023 is expected to remain surrounded by many uncertainties, mandating vigilance and caution’.

Oil is trading down at a major weekly support level. So, this level means risk can be nicely defined underneath $62, so if it holds a run back up to $85-94 would be a reasonable technical target. Upside risks would involve a faster re-opening of China or a clear ‘soft-landing’ for the Fed. Also, note that the IEA Monthly Oil Forecast released on December 14 noted that another oil price rally could not be ruled out. It cited oil consumption data surprising to the upside in China, India, and the Middle East. It also anticipates a steeper supply drop next month as the EU ban on Russian crude imports and the G7 price cap take place. You can read the IEA report here. 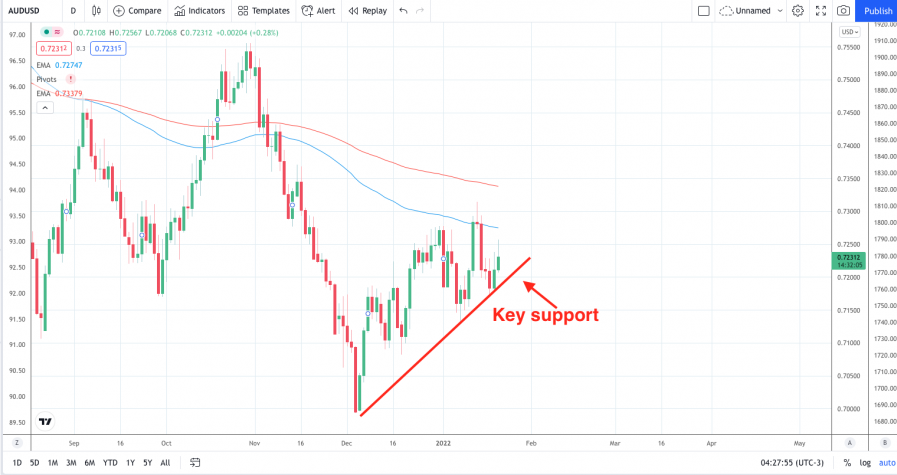 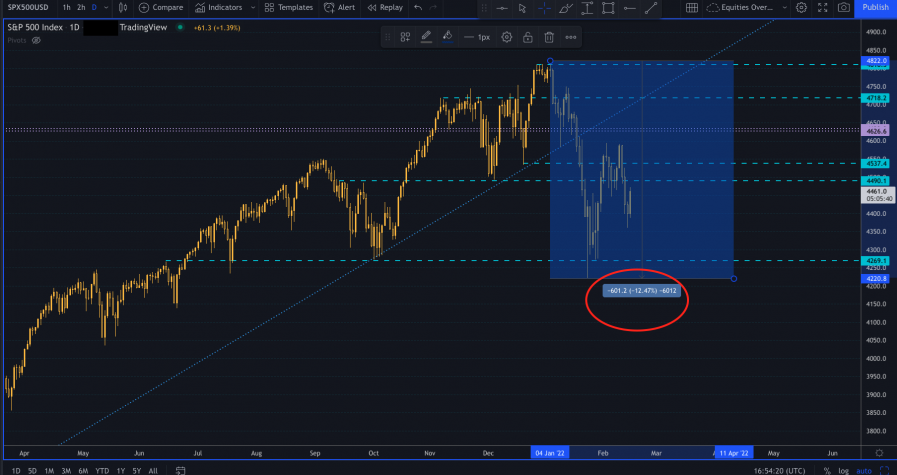 Have stocks felt the real impact of rising inflation yet?