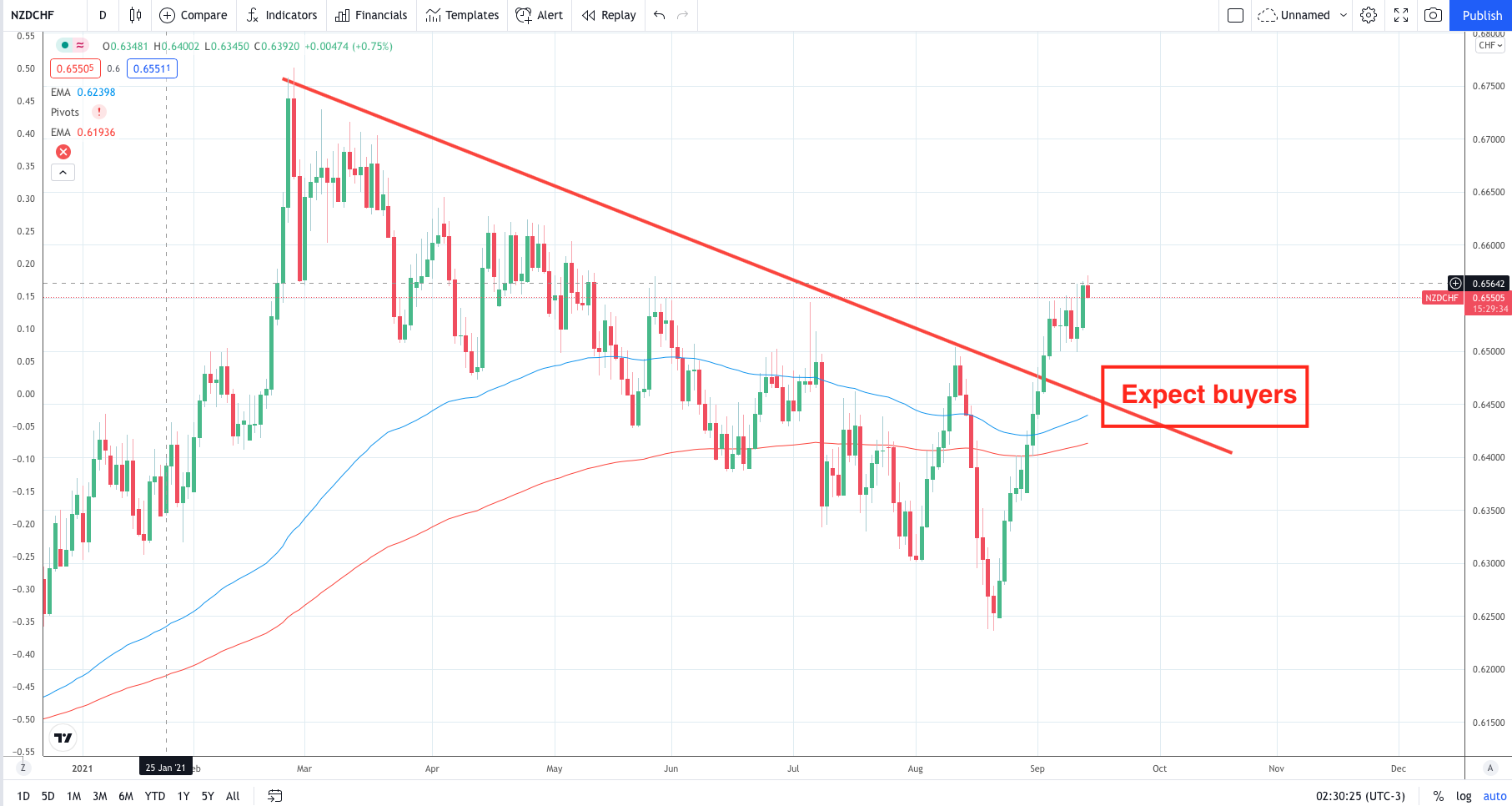 New Zealand was all set to become one of the first major central banks to embark on a hiking cycle as the economy began to run hot. Moving into the RBNZ meeting last month, the expectations were that the RBNZ was going to hike rates. Unemployment was at a low (4.0%), inflation was high (3.3% y/y), tapering had stopped on July 23, and the largest investment banks in the regions were predicting three hikes before year-end. However, it was the resurgence of COVID-19 that seemed to hold the central bank back at the latest central bank meeting. A single case of COVID-19 was found and this sent the nation into an entire lockdown. However, immediately after the decision Governor Orr said that COVID cases alone will not stop a rate hike; they need to move on policy and cannot wait for uncertainty to lift. RBNZ’s Hawkesby later reinforced this view at the end of August when he said that the RBNZ considered raising the official cash rate by 50 bps at the last meeting.

COVID-19 under control in New Zealand with ‘mystery cases’ risk

New Zealand is confident that its policy of elimination works. Since the first new case in August, the peak has seemed to have passed (see cases below as of Sep 14). However, one concern is that of so-called ‘mystery cases’. These are cases of COVID-19 with no apparent link of transmission that can be understood. The previous peak number of cases was 89 per day in April 2020 and New Zealand was quick to handle that outbreak. 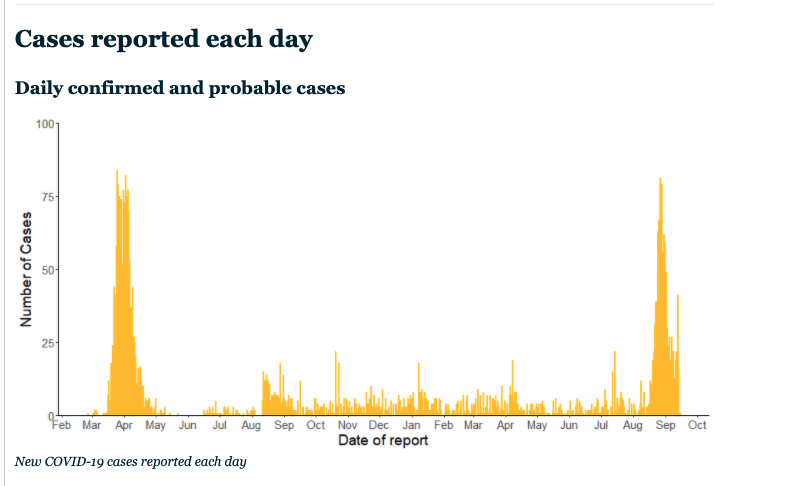 The SNB has the lowest interest rates in the world at -0.75% as they try to discourage inflows into the CHF. SNB’s Zurbruegg said earlier this week that native interest rates from the SNB are still needed to curb CHF gains. The SNB actively try to weaken the CHF in order to help their export market. A strong CHF means that Swiss exports are dear to the rest of the world. Also, remember that as a safe haven currency CHF, alongside the JPY, often sees strength in risk-off markets. So, any temporary bids into the CHF could see a fall in NZDCHF, but the case for buyers remains in the medium term.

Support here remains a good value for medium-term NZDCHF buying as long as the case remains as outlined above. 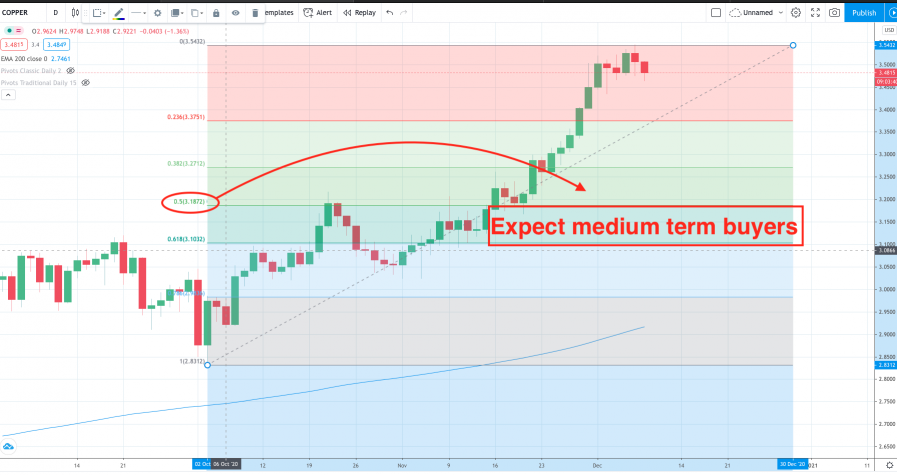 Copper poised for a pullback? 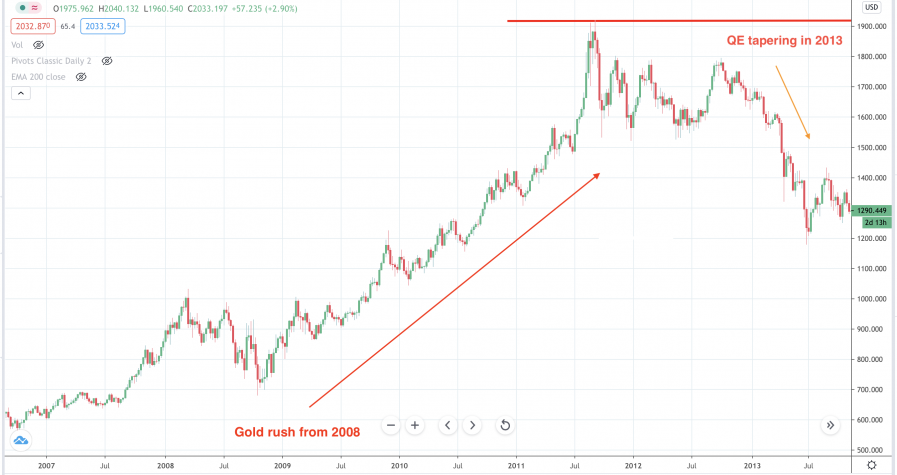 What can stop the gold bull run? 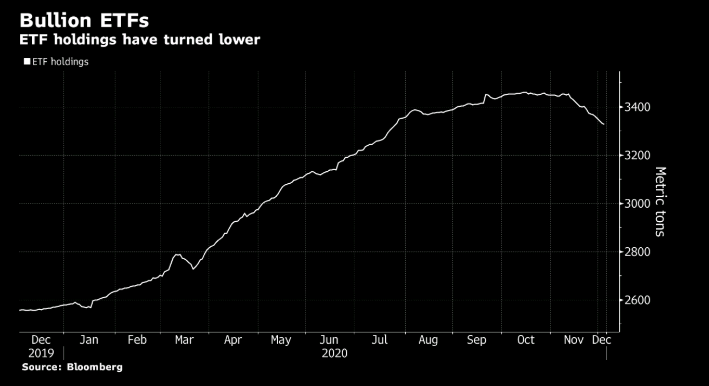