Listen to the latest market mood for the AUDNZD pair.

The divergence between the RBA and the RBNZ remains in place supporting the AUDNZD.

The RBA is looking to keep interest rates on hold as per their last central bank meeting and the next move from their 0.25% base rate is expected to be up. Now, although rates are expected to remain on hold for some time, this is the lowest the RBA is expecting them to go for now.

The RBNZ by contrast is expecting interest rates to turn negative from the current 0.25% base rate and is actively preparing for that situation. The pressure on NZD 10 Y bond yields is evidence that bond markets have been pricing in a move to negative rates.

This means that the current pullback in the AUDNZD should find buyers at the market. Expect profit takers at the overhead resistance level marked on the daily chart.

A serious breakdown in US-China trade relationships hurts the AUD more than the NZD and would invalidate this outlook. 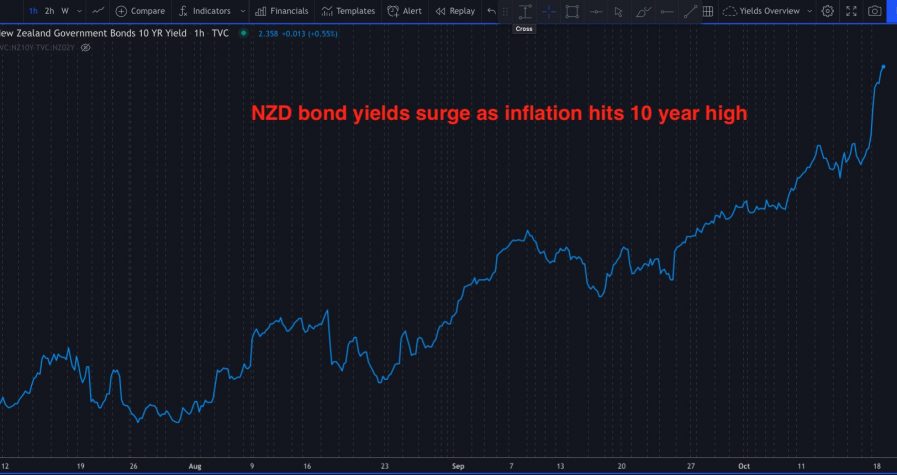 Surging inflation to lift the NZDJPY?