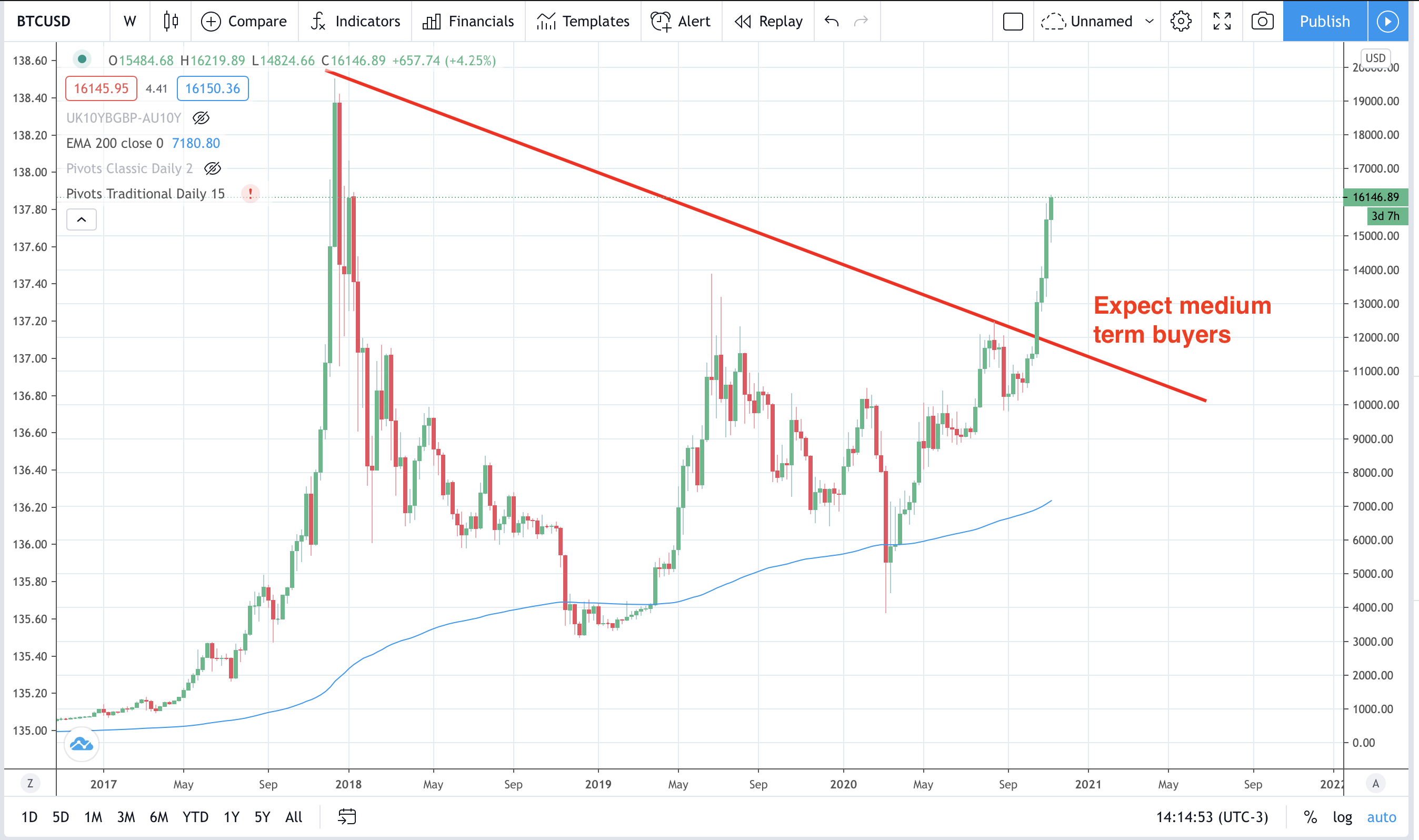 In recent mainstream media reports the words Bitcoin and cryptocurrency are only associated with two groups of people. Firstly, terrorists and criminals. Secondly, with those who want to see a new, utopian future. So, very limited mainstream appeal.

However, recent weeks have seen a major shift in the way that Bitcoin is understood by the world when PayPal announced it will allow its 340+ million user base to buy and spend Bitcoin. This was huge news. Now, there were some small print to this headline that is worth being aware of. Firstly, users cannot transfer cryptocurrencies into or out of PayPal. Secondly, users will not have control of the private keys (the long string of numbers and letters that allow holder to move their digital assets). Notwithstanding the previous two points the endorsement by PayPal sends a green light to the world. Crypto’s are ok to be used by ordinary people. It is the mainstream adoption that this signals which is so bullish for Bitcoin. When central banks are also talking so openly about digital currencies the world is being told that digital currencies are the next, legitimate step. This helps the BTCUSD buyers case.

The famous hedge fund manager Paul Tudor Jones said just last week that Bitcoin’s bull run was just its ‘first inning’ and it was the ‘best inflation trade’. Paul Tudor Jones reported that he has a small, single digit investment in Bitcoin himself. Bloomberg issues an intelligence report projecting Bitcoin to be at $100,000 in five years. JP Morgan’s Global Quantitative and Derivatives Strategy team consider Bitcoin to have considerable upside potential. This shows that Bitcoin is being opened up to more conservative and traditional investors. With JP Morgan and Bloomberg giving positive reports they are opening the gates for more bitcoin buyers from areas that would have normally steered clear of Bitcoin.

All of this means that Bitcoin’s appeal is set to reach more traditional and highly capitalised investors in the near term. Now, no matter what your view is on Bitcoin, new ideal currency or weird anomaly, BTCUSD looks like a buy on the dips as long as this positive stance for Bitcoin remains.

A retest of the weekly broken trend line would be the first obvious test for the bulls. 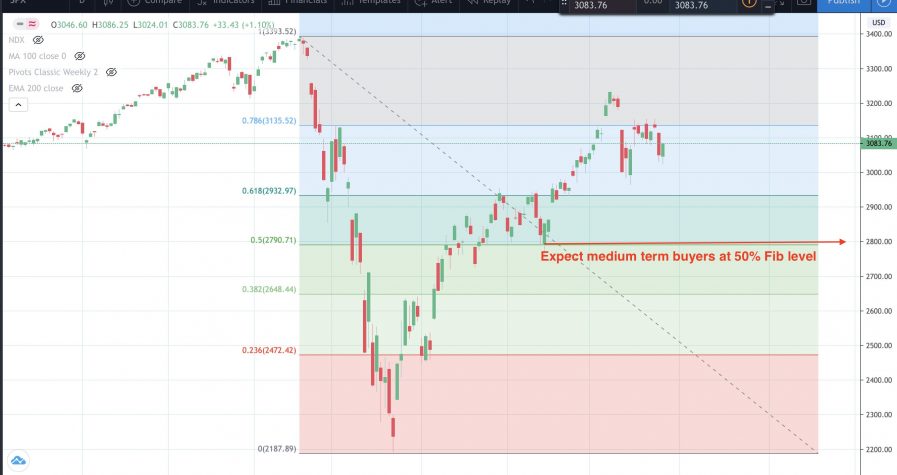 Never bet against the Federal Reserve 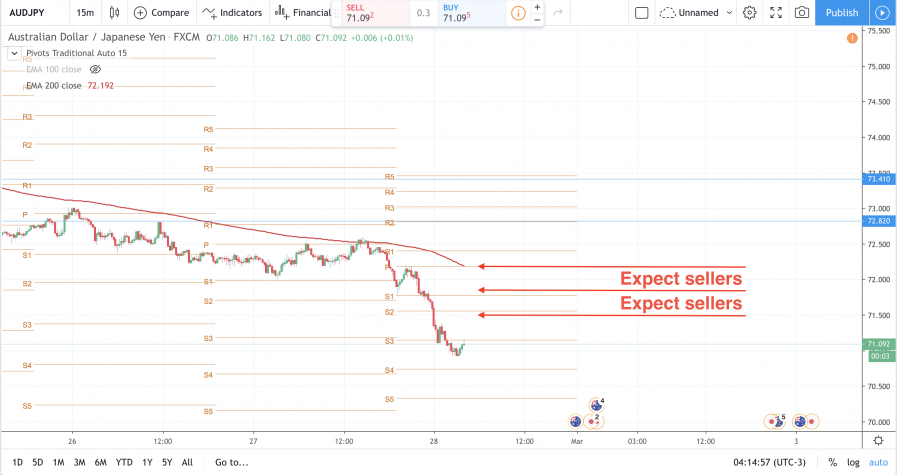 AUDJPY heading down towards 2009 prices 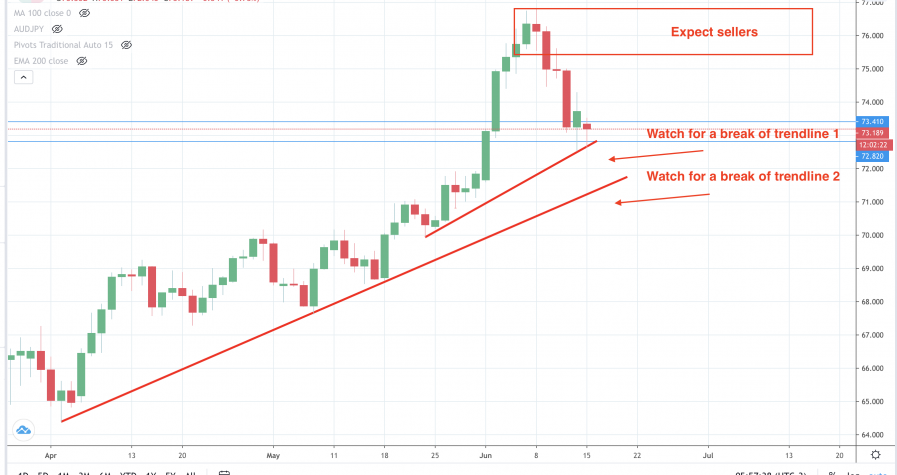 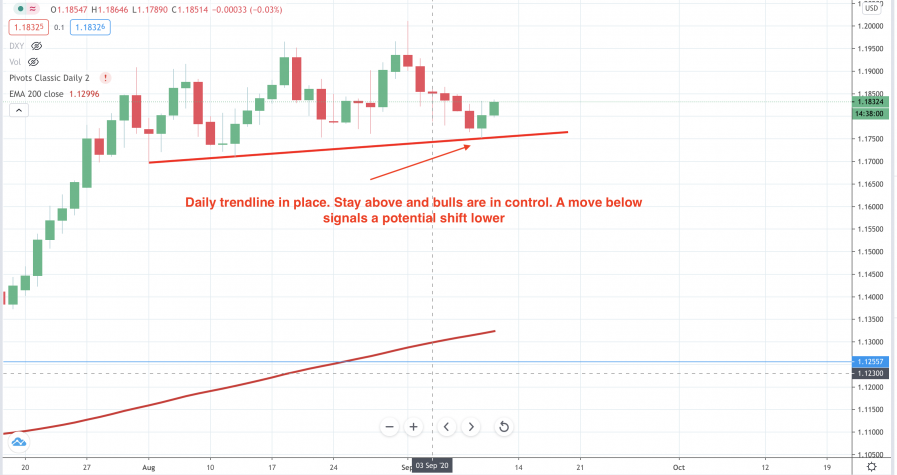 How a dovish ECB could actually support the EURO