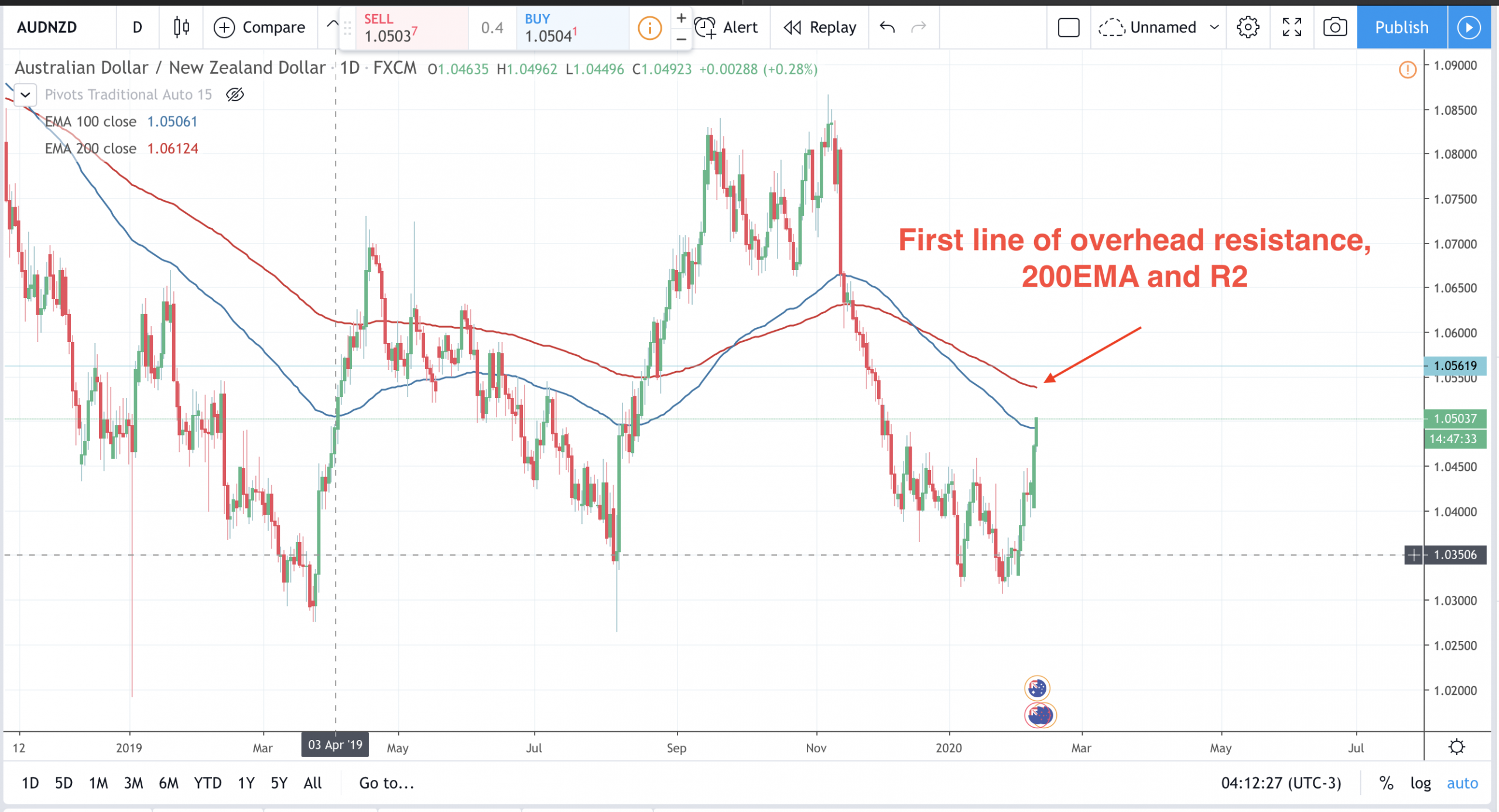 The expectations are that the RBNZ will stay on hold.

So, with a hold the most likely outcome, the focus will shift on to the forward guidance from the RBNZ. The NZD has been losing value against the AUD over recent days and there is a belief that New Zealand will be hit harder than Australia if/when the coronavirus impact grows. The thinking is that New Zealand is more vulnerable to the virus as trade makes up about 60% of New Zealand’s economy compared to around 40% of Australia’s economy. Tourism in New Zealand amounts to just under 6% of the economy, while Australia’s tourism is around 3%.

So, when the rate statement is released, the market focus will be on forward guidance. If we get a dovish tilt, remember the BNZ and the ANZ GDP reductions:

However, the outlook for New Zealand is tempered somewhat by the coronavirus outbreak, expected to weigh on GDP figures. Both ANZ and BNZ have cut their growth forecasts for New Zealand’s GDP projections
AUDNZD is moving back into the 100 and 200 EMAs on the daily chart with the 1.0530-50 level looking like the first area of overhead resistance, once the 100EMA is cleared. Also, note the R2 resistance level just below the 200EMA.

If there is a dovish shift in the RBNZ forward guidance then looking for buyers on pullbacks on the pair may be a savvy trade. Certainly, one to watch.

Can Motorola gain on a strong seasonal pattern?

A strong summer seasonal pattern for Amazon is ahead