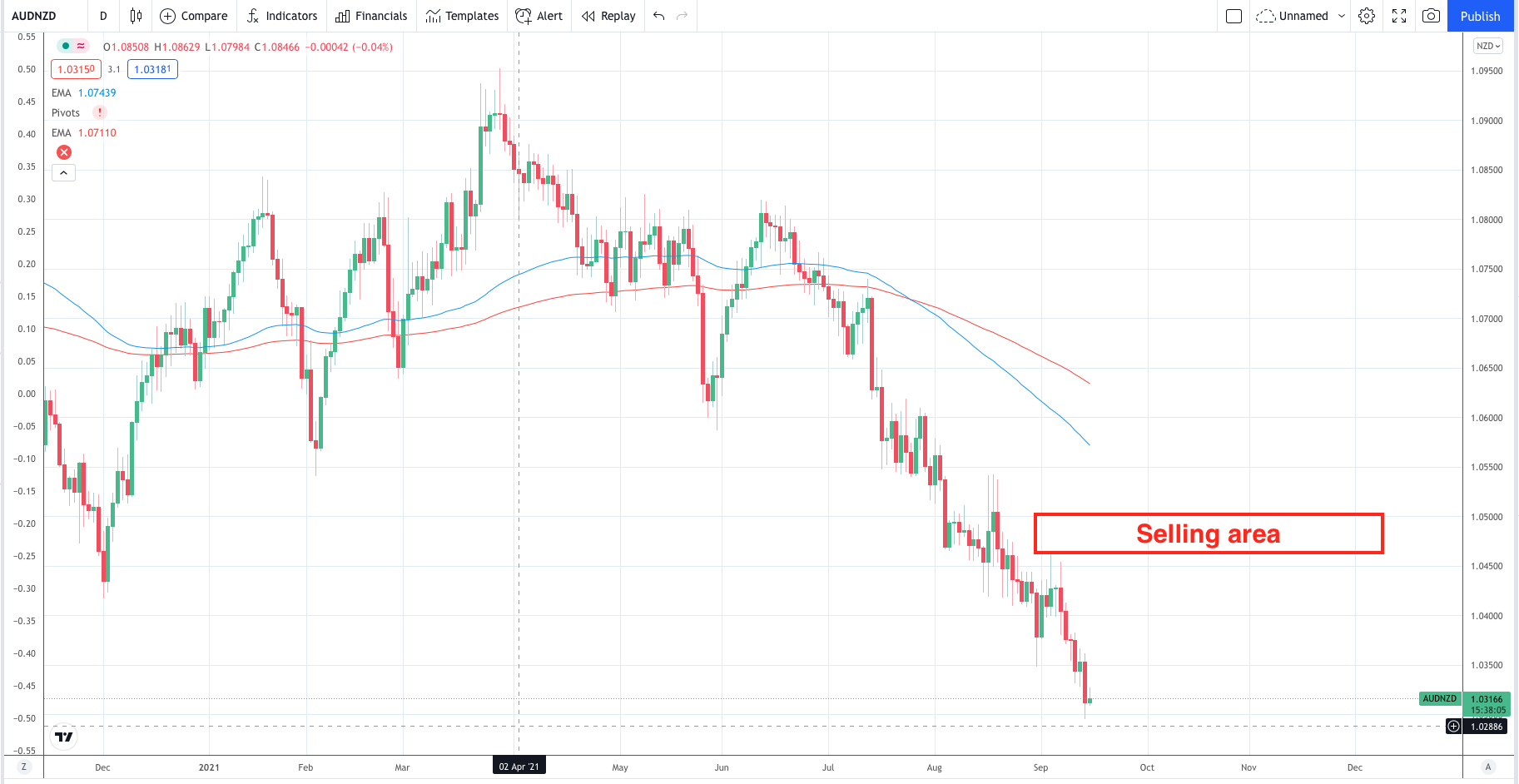 The AUD was gaining strongly due to its pro-cyclical bias. Vaccine-fuelled optimism helped push the AUD higher as did higher iron ore prices alongside signs of China’s economy rebounding. However, recently that bullish bias has moved to a far more neutral footing.

A combination of the delta variant locking down large areas of Australia, RBA’s Lowe seeing no interest rate hikes until 2024, a contraction of at least 2% expected for Q2, falling iron ore prices, and a slowdown in China’s growth has all been weighing on the AUD. The last data points from China this week show a slowdown in both industrial production and retail sales.

At the last RBA meeting, the RBA continued with its plan to taper its asset purchases. This was a surprise. However, the RBA’s decision to taper was offset by the fact that they extended the asset purchases to at least February 2022. Previously, they were expected to last until November 2021. So, even though the tapering was announced it was, in fact, a dovish move as the length of asset purchases was made longer.

Most of these drivers are not new and have been in place for some time, so this is not an obvious time to just sell the AUD. However, it does mean that there is a divergence in place between the RBNZ and the RBA. Last night’s GDP was a strong beat for New Zealand, so as long as New Zealand can contain COVID the outlook remains strong for the NZD. The RBNZ is planning on hiking interest rates once this year and four times next. Therefore, it makes sense to sell AUDNZD on the rallies. As long as COVID-19 remains under control then expect seller on rallies on obvious technical selling areas. Key resistance is marked on the chart.